Is It Time to Build? 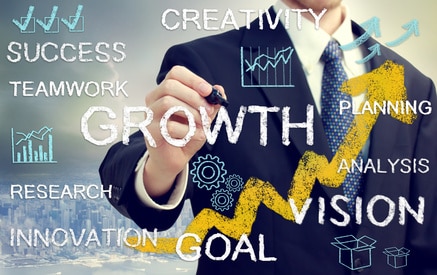 Is It Time to Build?

There was a man who was a good husband, a good father and a success in his business. But he had one incurable problem. About every other year he was struck by the impulse to buy a new car. From the moment the impulse hit, he could think of little else, reading every car ad in the newspaper, searching for deals online, checking Consumer Reports for the best makes and models, observing every car on the road and visiting car dealerships whenever he had a free moment. He liked very expensive cars and the family was usually pleased.

The only negative aspect of his habit was that he always had a huge car payment and that made his household budget very tight. When his business suffered a downturn and his income began to suffer, he could not make the payments and the bank threatened to repossess his car. His choices were to lose the car or to declare bankruptcy. He chose the latter. For the next seven years no reputable lender would accept his credit. The strain on his marriage was almost unbearable and his children hated it that they couldn’t have the things they wanted.

His error was that when the car-buying impulse hit, he never stopped to ask himself if he really needed a new car and how much he could spend. Focused intently on the process of selecting a new car, he didn’t take the time to evaluate the service life of his old car or its suitability for his family, and he didn’t stop to look at his financial situation to determine if he could really afford a new one.

That’s the way it sometimes is with church construction projects. The pastor or board decides to enlarge the church or to build a new building because the church is growing, or because a new building will draw in more people, or because it is a long-term goal for that church to be a major Christian center. They form a committee to guide the design and construction of a building, and assign someone to chair the capital  fundraising. Excitement is high as the building is designed just the way the pastor or board wants it to be, the capital campaign is conducted with success, and the building is built. Never mind that the low bid was higher than the amount the church had raised, or that the construction cost exceeded the bid due to changes the church inserted during construction. Surely God will provide, they tell themselves. But when God doesn’t provide, the pastor begins to focus on finding enough money to make the monthly loan payments, rather than ministering to the flock and preaching the Word. Gradually people drift away as the see the church becoming one they don’t like very much any more. Offerings go down and the church faces a terrible dilemma.  They can lose the church or go bankrupt.

Looking back, they begin to realize that it wasn’t God’s fault they got into this situation. They can see that they built more building than they needed, and that if they had just limited its size to what they actually needed and could realistically afford they would have been just fine. They had omitted several critical steps. They failed to ask themselves the question, “What kind of facilities do we actually need to meet the future ministry needs of our church as best we can foresee them?” A related question is, “Are the existing facilities adequate for our needs?” Here the process should begin, with projecting the size of the congregation and identifying the ministries the church will be providing in the foreseeable future.

© ChurchGrowth.org. Adapted from Disaster Prevention Guide for Church Building Projects by Jon Elliott. Jon K. Elliott is a church planning consultant who has assisted numerous churches and Christian organizations with planning expansion projects. He is an experienced church business administrator and project manager with a background in commercial, industrial building and church construction, including project planning, capital fundraising, and design and construction management. Before beginning his civilian work and ministry, Jon served in the U. S. Navy for 20 years where he was a naval engineering officer.

church building, church growth, construction, planning, vision
Next Post
Do You Have the Spiritual Gift of Serving?

Do You Have the Spiritual Gift of Administration?

Do You Have the Spiritual Gift of Serving?