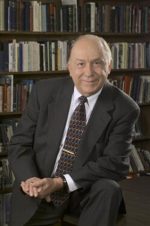 Dr. Elmer L. Towns is Dean Emeritus of the School of Religion and Theological Seminary at Liberty University, which he co founded in 1971 with Dr. Jerry Fallwell Sr. in 1971. He teaches the Pastor’s Bible Class at Thomas Road Baptist Church each Sunday, which is televised on a local network and Angel One. Dr. Towns has been a popular Sunday school teacher and college and seminary professor for decades.s He is well-remembered as a popular professor at Liberty University, where his students have always been fond of his personable teaching style, full of wit and wisdom. He is a Gold Medallion Award-winning author of the Christian Bookseller Association’s (CBA) 1995 Book of the Year, The Names of the Holy Spirit. Ten of his more than 100 books are listed as CBA best sellers and several are adopted as college textbooks. While he has earned many academic and professional titles, Dr. Town’s most prized titles are husband, father, grandfather…and child of God the Father.

All Available Works by Elmer Towns

Dr. Elmer Towns is a college and seminary professor, an author of popular and scholarly works (the editor of two encyclopedias), a popular seminar lecturer, and dedicated worker in Sunday school, and has developed over 20 resource packets for leadership education. He began teaching at Midwest Bible College, St. Louis, Missouri, for three years and was not satisfied with his textbooks so he began writing his own (he has published over 100 books listed in the Library of Congress, 7 listed in the Christian Booksellers Best Selling List; several becoming accepted as college textbooks. He is also the 1995 recipient of the coveted Gold Medallion Award awarded by the Christian Booksellers Association for writing the Book of the Year, i.e., The Names of the Holy Spirit.

He was President of Winnipeg Bible College for five years, leading it to receive American Accreditation and Provincial authority to offer degrees (1960-1965). He taught at Trinity Evangelical Divinity School, in greater Chicago, Illinois, in the field of Religious Education and Evangelism (1965-1971).

He is co-founder of Liberty University, with Jerry Falwell, in 1971, and was the only full-time teacher in the first year of Liberty’s existence. Today, the University has over 11,400 students on campus with 39,000 in the Distance Learning Program (now Liberty University Online), and he is the Dean of the School of Religion.

Dr. Towns has given theological lectures and taught intensive seminars at over 50 theological seminaries in America and abroad. He holds visiting professorship rank in five seminaries. He has written over 2,000 reference and/or popular articles and received six honorary doctoral degrees. Four doctoral dissertations have analyzed his contribution to religious education and evangelism. 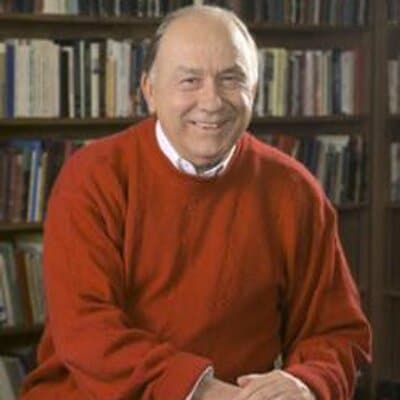