Do You Have the Spiritual Gift of Administration?

A kubernesis (in the Greek) was a steersman for a ship. He had the responsibility of bringing a ship into the harbor—through the rocks and shoals under all types of pressures.

Charles Swindoll says, “A kubernesis was an expert in the midst of a storm.” This is a good definition for the gift of Administration. Leading, ruling, organizing, governing, and administering are words that come from different translations of the Scriptures of the same Greek word. Administrators are Leaders.

Administrators are “take charge” people who jump in and start giving orders when no one is in charge (sometimes when someone else is in charge). They put a plan on paper and start delegating responsibility. The committee or group reports back to them and they work the whole scheme of the program together.

If you are an Administrator, you have the Spirit-given capacity and desire to serve God by organizing, administering, promoting, and leading the various affairs of the church. You are the person who leads the church and its ministries.

If a program or event is scheduled, they almost instantly have a plan to carry it out. When followed, the plan usually makes the event more effective.

Administrators usually have one of two leadership styles. One organizes things, events or programs. The other organizes people and emphasizes personal relationships and leadership responsibilities.

Perhaps the Administrator is chairperson of the board or the deacons. In fact, without such a chairperson, the board will not function at its best. Some people think Administrators take on too much. Sometimes they have to watch that they do not overstep their authority and expect the pastor or others in leadership to follow them. On the surface they are extremely organized. If they organize things or events, they will usually organize details and have people carry them out. If they are prone to organizing people, they are not detail people, but rely on others to take care of the little things.

They do not often admit to mistakes. They usually do not take time to explain to those under them why they are doing things; they just expect the job to get done. Their patience may wear thin when plans are not carried through as they laid them out.

When things in the church become fragmented, Administrators can harmonize the whole program if given a chance. As soon as a task is completed, they are already working on the next event and start giving the directions before others even catch a breath. They lead by saying, “Come on, keep up with me and we’ll set the world on fire.” Close observation reveals that most pastors of large churches have this gift. Their ability to lead is a major factor causing the churches to become large.

But what about the small church where most of us worship? Every position in your church that requires leadership is a potential area to practice this gift. Positions include chairperson of the deacons, trustees or another committee; the Sunday school director; small group leader, office manager; and more. All these areas should have people in them who have leadership ability.

It would be much wiser and more effective if churches would place people who have the gift of Administration in positions of leadership. This would work better than using a rotation basis in positions such as deacon chairperson or trustee chairperson. The rotation system may seem to keep one person from becoming a dictator or getting too much control. However, such a system often causes a gap in progress if someone without the gift of Administration is in leadership for a year or more.

The answer is to retain people who are leaders in leadership positions, holding them accountable using the Scriptures and by providing adequate and ongoing training. They need to learn 1 Corinthians 11:1, known as the “four aces of leadership” verse (i.e. the four “1s” [aces] in the verse number): “Follow my example, as I follow the example of Christ.” When one of God’s leaders gets a large following, the question is always asked: “Yeah, but are they following God or the person?” They can clearly see that many of these people would not be following God if the person were not present.

The point is that God has always had His leaders. Would the Israelites have left Egypt if they hadn’t had Moses, or would they have conquered the Promised Land without Joshua or would they have survived without Esther? God could have chosen a number of ways to lead His people, but He chose the same method for leading as He did for the rest of His work here on earth—men and women. Throughout history God has always chosen His people for leading: Saul, David, Gideon, Nehemiah, Solomon, Deborah, Esther, and men like Paul. Some were good and some bad.

Have you ever read 1 and 2 Chronicles? It can be boring and confusing with all the genealogies and “begats,” but, one thing is certain, you will find that all through Israel’s history, when godly leadership prevailed, Israel prospered. When ungodly leadership was followed, there was failure.

Even since Bible times, God’s leaders have been recognized: people like Martin Luther, John Calvin, John Knox, Charles Finney, John Wesley, George Mueller, Dwight L. Moody, Lottie Moon, William J. Seymour, John R. Rice, Henrietta Mears, Martin Luther King Jr., Billy Graham, Jerry Falwell Sr. and many others. But from the very beginning, in the minds of the people, God’s great leaders always stopped with the previous generation. Why is it that a person must be dead before we are willing to follow him or her, when God has His men and women for every generation, including ours?

Dr. Larry Gilbert is founder and chairman of Ephesians Four Ministries, and founder of ChurchGrowth.org. For more on spiritual gifts, see Dr. Gilbert’s books from which this article was excerpted: Team Ministry: Gifted to Serve (for pastors and group leaders) and Your Gifts: Discover God’s Unique Design for You (for individuals and groups).

Articles in this series include… 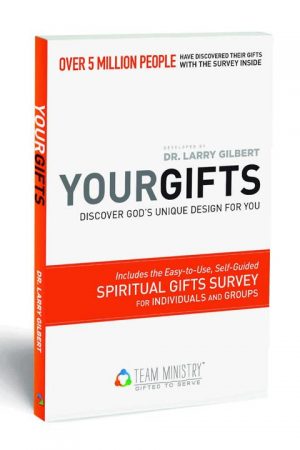 The chapter from which this article was excerpted also includes… 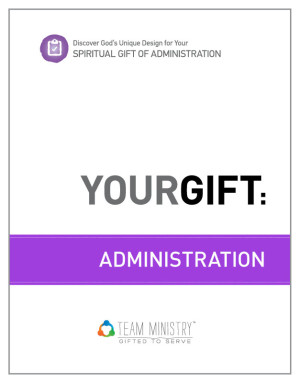 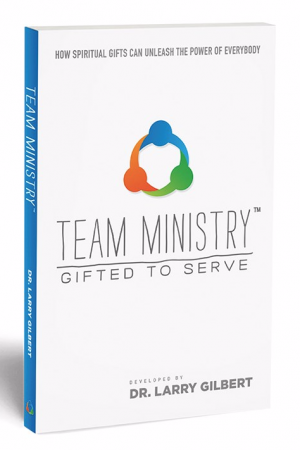 Spiritual Gifts Discovery Can Unleash the Power of Everyone! 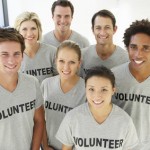 How to Recruit Volunteers 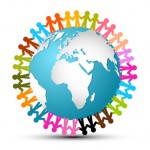 International Day for the Unreached

Do You Have the Spiritual Gift of Mercy-Showing? 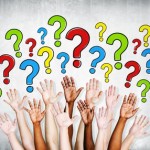 Being Prepared to Give an Answer